Database of Legal Positions of the Supreme Court presented and launched 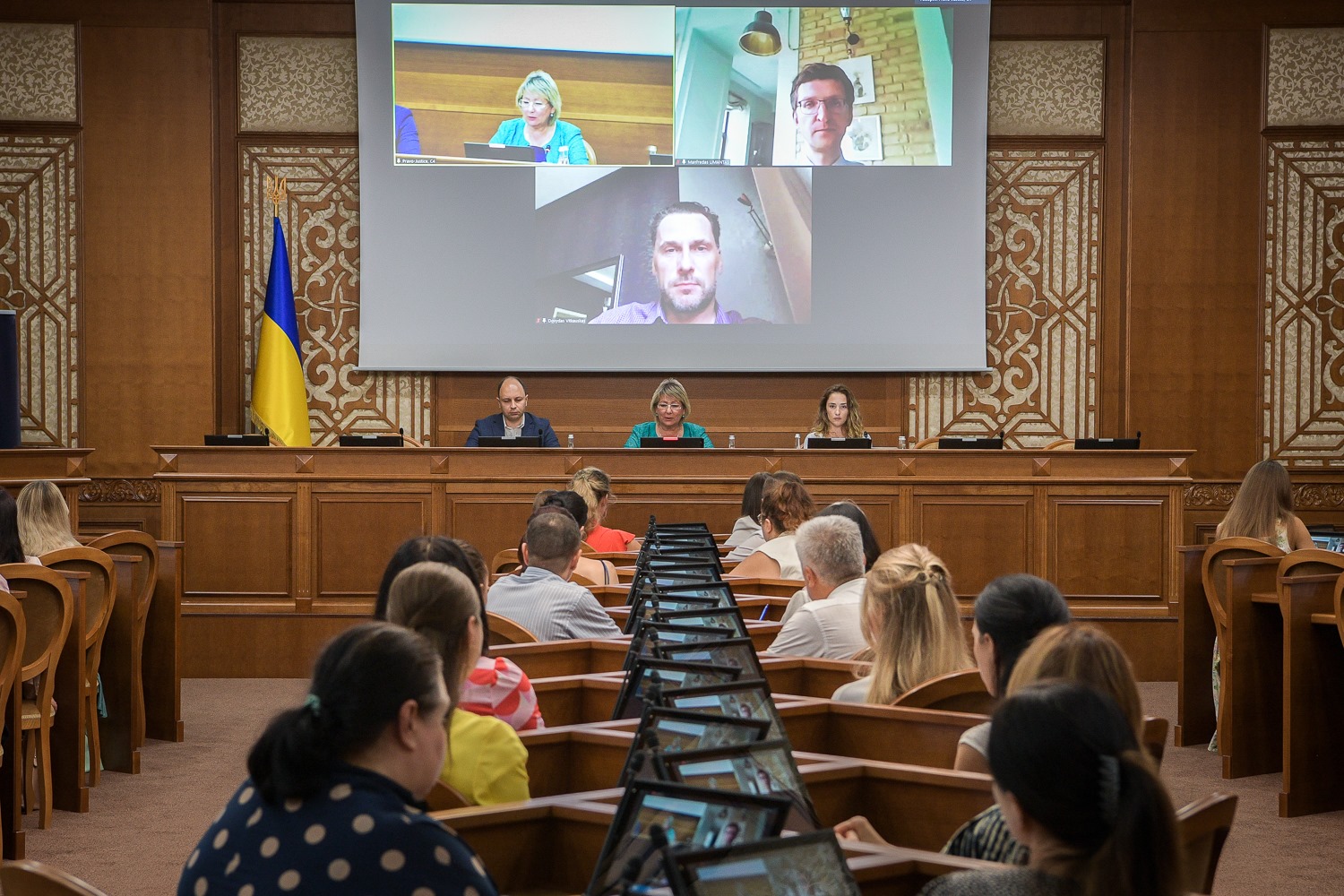 On April 20, 2021, innovative product "Database of Legal Positions of the Supreme Court" was presented.

While welcoming the participants of the event, Valentyna Danishevska, President of the Supreme Court said that one of key priorities for the Supreme Court was to ensure coherence and consistency of jurisprudence. It is obvious that to think and act identically is unnatural for people, on the contrary, it is more natural to have different viewpoints on a particular issue. Nevertheless, citizens want to feel that law is the same for everyone. This is what the principle of the rule of law requires and judges are guided by it in their work. "In order to act as one system, we must understand each other and thoroughly know the positions stated by the Supreme Court and are mandatory to be applied by courts," said the President of the Supreme Court.

According to Valentyna Danishevska, courts consider approximately 4 million cases annually, in particular, Supreme Court considers nearly 90,000 cases. Of course, not every court decision contains legal conclusions to be applied by other courts, but even appropriate volumes are too huge to analyse, be aware of and apply.

Valentyna Danishevska thanked partners from the European Union and colleagues from EU Project Pravo-Justice for joint work which resulted in the Database of Legal Positions.

"This product will contribute to consistency and coherence of jurisprudence, reduce the number of decisions of the first or appellate instance reversed by the Supreme Court. I am convinced that the Database will facilitate work, help utilize unified approaches in applying law and will allow people to feel that the law is the same for every citizen," she concluded. 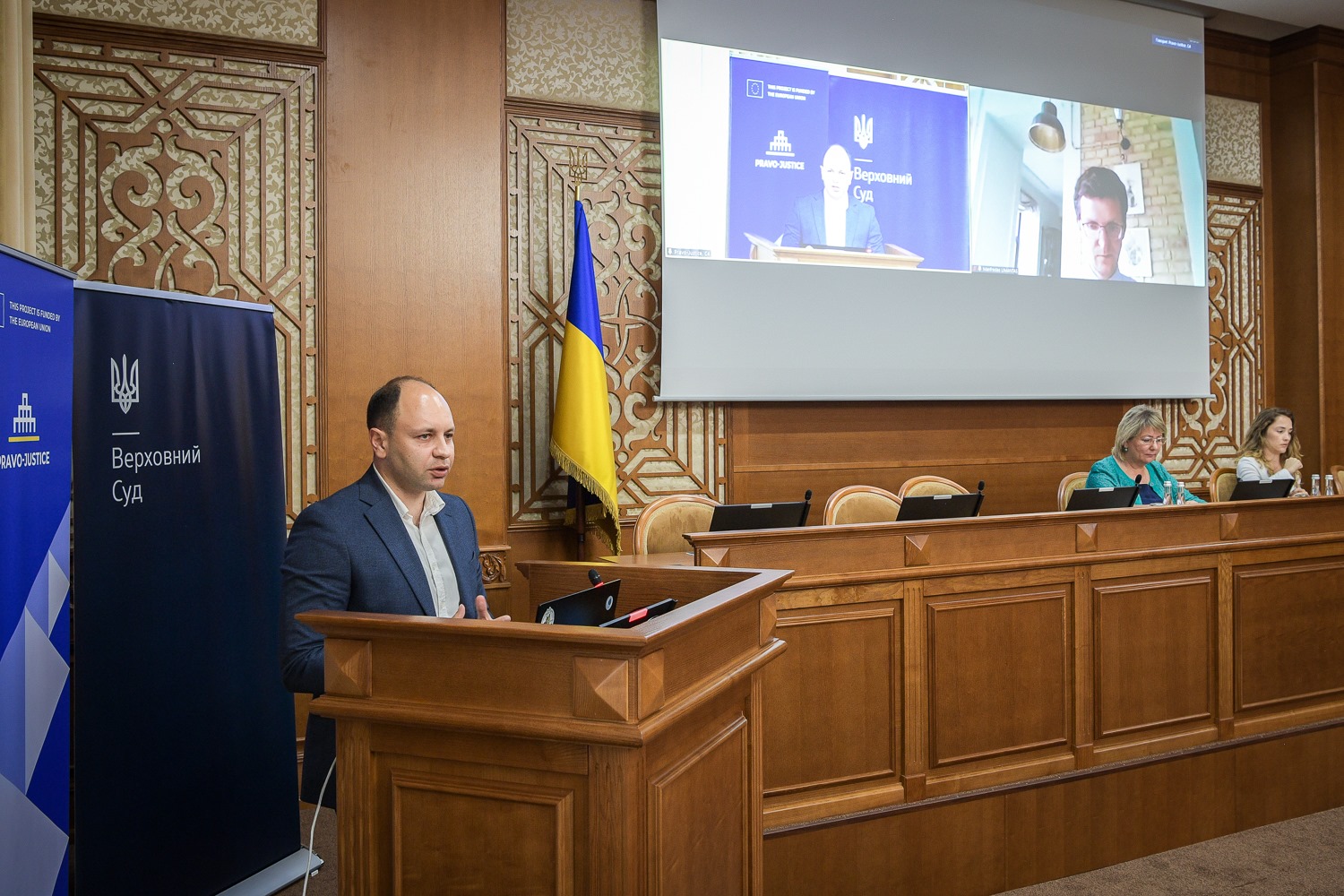 Manfredas Limantas, Sector Manager for Rule of Law and Anti-Corruption, the EU Delegation to Ukraine noted that the product presented is a sort of archive of Supreme Court legal positions with a convenient and easy search tool. Currently, the Database contains more than 5,000 legal positions of the Supreme Court, and it will further be filled in daily.

Manfredas Limantas is convinced that this software will significantly improve access to the Supreme Court jurisprudence and, as a result, will contribute to coherence and consistency of jurisprudence in Ukraine as all legal practitioners will be able to quickly and easily find legal positions of the Supreme Court. According to him, work on the Database continues. In particular, it is planned to improve and expand the search criteria, the possibility of publishing ECtHR decisions as well as creating an automated mechanism for analysing new cases is being developed. In addition, work to integrate this Database with other automated judicial systems is underway.

The speaker is convinced that for the Database to be successful, several factors are required: first, to systematically fill it with new relevant legal positions; second, use it and improve it.

Dovydas Vitkauskas, Team Leader of EU Project Pravo-Justice thanked all stakeholders and, in particular, the Supreme Court for initiating such an idea and for implementing it in a relatively short timeframe. However, any IT product needs to be improved, so he hopes that legal community will provide useful feedback during the testing phase of software operation.

"In addition to technical interoperability with other automated products, it is necessary to create conditions for standardizing legal thinking among Ukrainian judges," said Dovydas Vitkauskas. In this regard, he believes that work on standardizing the structure of court decisions, separating "facts" and "law", getting rid of excessive formalism and quoting legislation should continue.

Rasim Babanly, Doctor of Law, Head of the Analytical and Legal Department of the Supreme Court, presented software "Database of Legal Positions of the Supreme Court". According to him, this product was the result of thorough and efficient work, which consisted in developing software for analysing court decisions based on use of potential of modern digital technologies. The product concept combined two elements. The first is unique content. The second is technical innovations that can help in searching for jurisprudence. Using the Database in day-to-day operations will help judges get rid of routine and free up time for complex cases.

“The key goal for developing the Database was to provide a full-text selection of relevant jurisprudence, i.e., so that any software user can upload a full-text document (draft court decision, draft claim, appeal or cassation petition), and the Database will automatically match relevant Supreme Court jurisprudence to this text", Rasim Babanly said. Such a tool will not only greatly simplify jurisprudence search, but will also guarantee improved work of representatives of all legal professions.

The software presented allows searching in large texts fragments, text documents, as well as links to the Unified State Register of Court Decisions. According to the speaker, the digital algorithm embedded in the Database gives relevant legal positions of the Supreme Court based on analysing word patterns in the file uploaded by the user. In addition, it is possible to search by keywords and by Legal topics classifier. Rasim Babanly stressed that now the developers will focus on overcoming certain bugs identified during test operation, as well as improving search capabilities of the software.

The video of the presentation can be found at the link.

To use the Database of Legal Positions of the Supreme Court, it is necessary to create an account on the website lpd.court.gov.ua