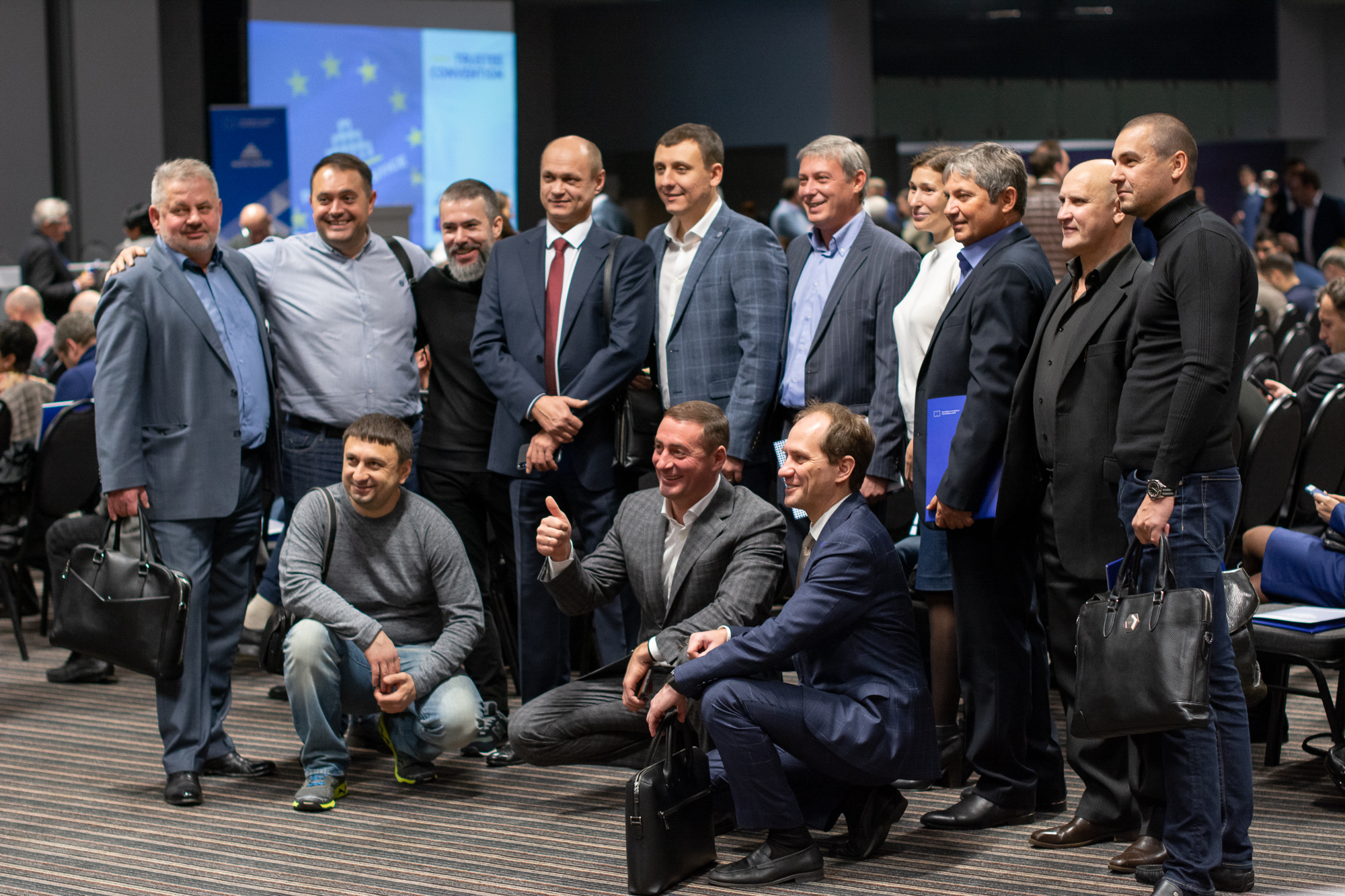 Improving the investment climate and reducing interest rates on loans in Ukraine. According to European experts, those will be the outcomes of forming an independent association of bankruptcy trustees.

Bankruptcy trustees from all over Ukraine came to Kyiv to form an association and elect its board. The establishing of an independent organization, according to experts, will help to ensure the integrity and efficiency of activities of bankruptcy trustees. This is a part of the country's bankruptcy reform.

EU Project Pravo-Justice helped to organize the meeting, as well as to bring the Ukrainian bankruptcy code closer to European standards. In the huge hall, in addition to the mandatory presidium, there are secret ballot booths. Leadership will be chosen that way. In total, 490 bankruptcy trustees came to the association's constituent assembly. This is almost half of all those registered in the country. 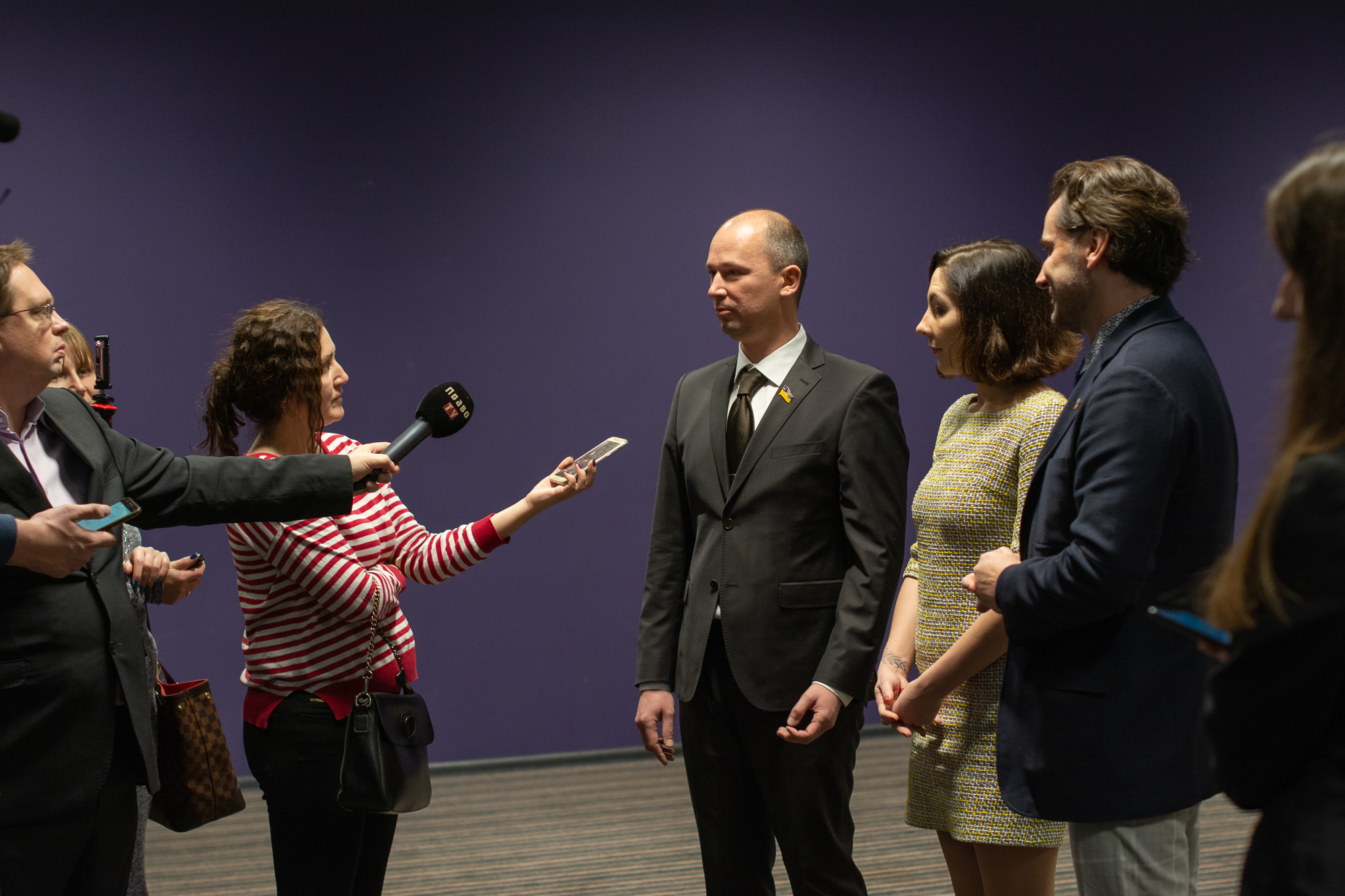 Initially, the Disciplinary Commission under the Ministry of Justice will be in charge of identifying unscrupulous leaders, said Valeriia Kolomiiets, Deputy Minister, who is present at the constituent assembly. Anyone interested in how offenders are identified can see it on a specialized website. Those who do not file documents, ignore inspections, do not attend a meeting of a disciplinary commission will be found unscrupulous. Later, an independent association will take over the functions of the ministry, says Deputy Minister of Justice.

«The association is very important for the state, — says Valeriia Kolomiiets, — as we know that the independent legal professions must be controlled by themselves. That is, the state should not control them, and they should not be accountable to the state. And they must develop by themselves, take over certain functions from us and further influence the market. Since we cannot speak about the objectivity and independence of bankruptcy trustee, unless there is a body that regulates their self-organization and activity».

The Association will solve the problem of communication and will protect professional interests of bankruptcy trustees, emphasizes Mykola Lukashuk, newly elected Association President. He considers setting up a self-regulatory organization to be one of the most important steps in the process of adopting a new Bankruptcy Code.

«The Code gave impetus to the improvement of the bankruptcy procedure and defined the goal to be pursued: to make the bankruptcy procedure understandable for all its participants, to improve the status of bankruptcy trustee, the prestige and independence of the profession, which, in turn, should positively influence the position of Ukraine in Doing business rating », — says Mykola Lukashuk.

Bankruptcy Institute in Ukraine has long been in need of reform, says Dovydas Vitkauskas, Team Leader of EU Project Pravo-Justice. The irresponsibility of debtors in the country is one of the main reasons for high credit rates. They are higher than credit rates in EU countries at least 5-7 times. And this is quite understandable: after all, if in Germany, giving money, even in the event of bankruptcy, the investor has a guarantee of 90% of debt return, in Ukraine this indicator is only 10%.

«We hope new bankruptcy law will significantly promote this interest so lenders get more money back, — emphasizes Dovydas Vitkauskas. — On this depends the completeness of the economic system, the entirety of the banking and financial system. Interest rates are therefore high, with lenders taking a huge risk when lending to Ukrainian businesses. This risk should be reduced. It is important that we, together with bankruptcy trustees community and the judicial community, guarantee that creditors can get their money back. On the other hand, business makes mistakes, and they are inevitable, so the entrepreneur should be allowed to orderly close the business without consequences. The new Bankruptcy Code will enable to balance it all».

Creating an association, emphasizes Dovydas Vitkauskas, is only the first step. Now, European experts, the state and bankruptcy trustees need to work together with the judiciary, introduce e-government and change corporate culture to make the bankruptcy process more accessible, transparent, efficient and faster. And this applies not only to private but also to state-owned enterprises: it was during their bankruptcy that underhanded schemes were often used and the budget lost billions.