"Consistent and comprehensive state de-occupation and reintegration policy in respect of the temporarily occupied territories of the Crimean peninsula and certain parts of Donetsk and Luhansk regions is of utmost importance. We are currently working on improving the government draft law "On the principles state transition period policy". At the same time, I also started drafting legal framework for amnesty and convalidation. This is a matter of concern to both the residents of the temporarily occupied territories and the citizens of Ukraine as a whole. The Government activities, in particular, are aimed at solving specific problems faced by citizens and delivering clear messages about the consequences of certain actions by people currently staying in the temporarily occupied territories", stated Iryna Vereshchuk, Vice Prime Minister of Ukraine, Minister for Reintegration of the Temporarily Occupied Territories of Ukraine. 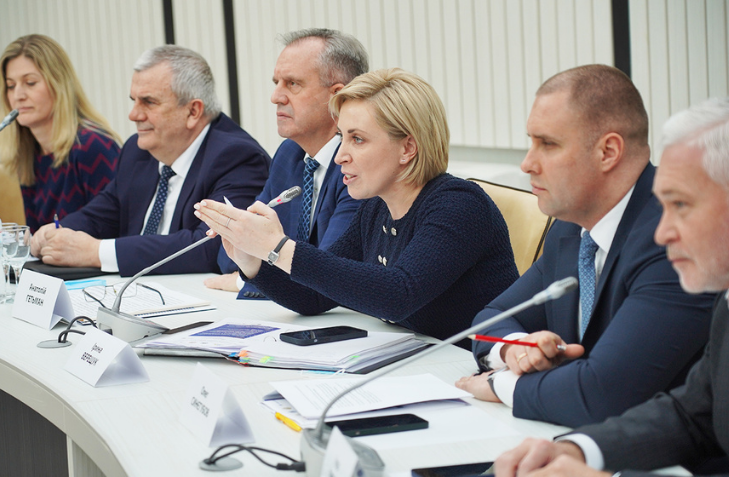 In her welcome remarks, Pavlina Rehor, Political Adviser, EU Delegation to Ukraine, outlined the main directions of EU support as regards implementation of justice sector reforms in Ukraine at central and regional levels, "At the regional level, EU Project 'Pravo-Justice' helps to involve legal community in shaping justice policy within the framework of the activities of the Regional Justice Reform Councils, in particular with the participation of Donbas representatives. We see that a bottom-up approach to policy-making is highly valuable. This enables lawyers from regions to draw attention to specific problems and suggest possible solutions."

Throughout 2021, Donbas RJRC established stable cooperation with the Ministry of Reintegration of the Temporarily Occupied Territories of Ukraine. In particular, RJRC representatives drafted and submitted to the Ministry:

"Regional justice reform councils are not just about providing a bottom-up approach to policy-making. It is a two-way interaction that allows central authorities to compare their decisions with the opinions of experts and lawyers in the regions. And we see this cooperation actionable right now", emphasized Eric Svanidze, Acting Team Leader of EU Project 'Pravo-Justice'.

During the round table Olena Fonova, Ph.D. in Law, Judge of the Commercial Court of Luhansk region, Donbas RJRC coordinator, raised the issue of convalidation (recognizing as valid) of transactions the invalidity of which is related to the fact that they were made in the temporarily occupied territories.

"The convalidation of transactions made in uncontrolled territories is highly important and relevant as for 8 years it has been almost impossible for Ukrainians to legalize housing sold in those territories in Ukraine. At the same time, there is no easy answer as to the exact scope of these transactions and the procedure for their convalidation. That is why discussing this issue in the scientific community and among practitioners is an important step towards introducing the convalidation procedure and preventing possible risks that may ensue from such introduction”, mentioned Olena Fonova.

Larysa Nalyvayko, Doctor of Law, Professor, Vice-Rector of Dnipro State University of Internal Affairs, member of Dnipro RJRC, reported on the constitutional and legal principles reintegrating the temporarily occupied territories of Ukraine, "Today, it is important for Ukraine to draw up a reintegration policy coordinated at all levels, with the involvement of conflict victims."

The opinion of the Venice Commission on the draft law "On the principles of state transition period policy" was also discussed at the event.

"Unfortunately, it was not completely positive for us. But this is also a good thing as we now have the amount of work that needs to be done based on the opinion of the Venice Commission, given the emphasis that has been placed. I sincerely hope that, when preparing for consideration of the draft law in parliament, it will be in the form recommended to us by the Venice Commission", emphasized Iryna Vereshchuk.

Regional Justice Reform Councils (RJRCs) have been established with support of EU Project "Pravo-Justice" and function in Chernivtsi, Dnipro, Kharkiv, Lviv, Odesa regions and Donbas. To date, Councils members have been actively participating in drafting a bill on mediation, amendments to the Bankruptcy Code, proposals to improve legislation on enforcement proceedings, introducing e-court and discussing the concept of transitional justice.