E-justice is the basis for the absence of corruption in the judiciary. Martin Klaucke 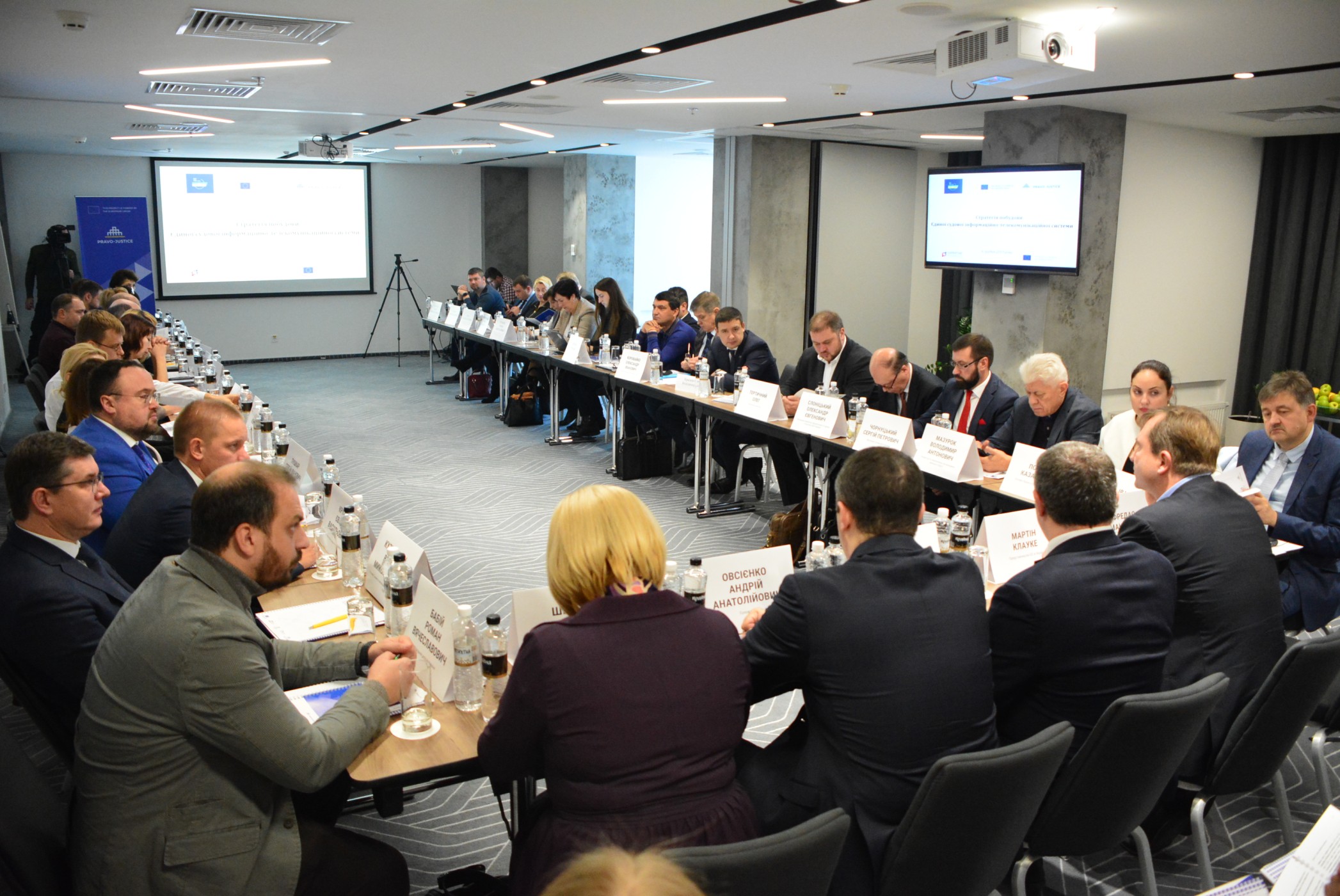 Transparency of the judiciary and the opportunity for each citizen to view case files. Accelerating decision making by servants of Themis. This will be possible thanks to e-justice system. It will be implemented in Ukraine with the support of the European Union, and in particular the EU Project Pravo-Justice. A pilot version of the unified judicial information system has already been launched. What is needed for full digitization of the courts was discussed at a strategic session in Kyiv.

The European-based e-justice system has been in the process of implementation in Ukraine since 2008. The unified system will fully automate the work of the courts and the exchange of information between judicial authorities. This will help speed up the process of case consideration, as all case files will be electronically uploaded on a dedicated website.

«The system will significantly save time and make it much more convenient to participate in the processes, - said Roman Babii, Ukrainian MP present at the event. - The introduction of electronic justice is especially relevant in digital age. It will no longer be necessary to wait for several hours on court premises to receive the papers. It will be enough to go to the e-cabinet and remotely familiarize with the case file. Not only lawyers but common people should have such a facility. Unfortunately, the basics of court document flow are now far behind from contemporary systems. Therefore, our task is to align administration of justice to current processes».

Representatives of the Verkhovna Rada are present at the strategic session not by a coincidence. Legislative changes involving the introduction of the system were approved in 2017. But later due to a number of shortcomings, the judges returned the provisions for revision. Discussions are now underway on some aspects of the implementation of the system, and then a new document will be approved in Parliament. One of the aspects that needs clarification in the law is the peculiarities of the functioning of the anti-corruption court: such cases should not be publicly available.

European experts support the acceleration of digitization and the Ukrainian government as a whole, and the judiciary in particular. After all, if this is delayed, citizens will lose faith and interest in the processes, stresses Martin Klaucke, Head of Operations Section 1 "Good Governance and Democratisation” of EU Delegation to Ukraine. In implementation, it is advised to use the best world practices: some information should be stored in the cloud and part of it should be stored on a central government server.

« Electronic litigation is the basis for the absence of corruption in the judiciary. At the same time, it is important to take into account important aspects when implementing the new system, - notes Martin Klaucke. - First, it is necessary to introduce electronic document flow in the courts themselves. After all, if first electronic claims are launched, a huge amount of pending cases will pile up in courts. Secondly, the electronic system must be easy to use. It is worth discussing the details of its use with judges and staff».

Also, according to European experts, the development and operation of the system should not be focused on one public authority: this could lead to a conflict of interest. Therefore, one agency may be responsible, for example, for creating the system, another for technical support, another for updating. Martin Klaucke also stressed the importance of storing central-level information on the server. In addition to confidentiality, this will ensure transparency and control over the use of funds that will be invested in the system.

Currently, as a pilot project, electronic litigation is operating in 18 courts in Vinnytsia, Odesa and Kyiv regions. Some courts do not have problems with the operation of the system, but some still adjust the use of virtual documents. In institutions that do not participate in the testing, the old system of document flow is functioning- DZ. E-justice is planned to be implemented by 2023. The work of the new unified information and telecommunication system is designed for 10-15 years.